When to Display the Flag

The flag should be displayed on all days when weather permits, especially on legal holidays or other special occasions. It is customary to display the flag from sunrise to sunset on buildings or on stationary flagstaffs in the open. However, on special occasions it may be displayed at night, preferably lighted. In several places the flag flies day and night; among these are the Capitol in Washington, D.C., and the Fort Henry National Monument in Baltimore, which was the inspiration for “The Star Spangled Banner” by Francis Scott Key.

The flag should be displayed…

A citizen may fly the flag on any day he wishes

How to Fly the Flag

The flag should be raised and lowered by hand. Never, raise the flag while it is furled; unfurl, then hoist quickly to the peak of the flagstaff. It should be lowered slowly and ceremoniously. The flag should never be allowed to touch anything beneath it, such as the ground or the floor.

At sea services by Navy chaplains, the church pennant may be flown above the flag.

When the flags of two or more nations are displayed together they should be flown from separate staffs of the same height, and the flags should be of approximately equal size. International usage forbids the display of the flag of one nation above that of another in time of peace.

How to Display the Flag

When carried in procession with another flag or flags, the Stars and Stripes should be at the right-front of the column, or when there is a line of other flags, in front of the center of that line. The flag should never be carried flat or horizontally, but always aloft and floating free.

If the flag is displayed from a staff projected from a window sill, balcony or front of a building, the union of the flag should go to the peak of the staff (unless the flag is to be displayed at half-staff).

When the flag is displayed in any manner other than being flown from a staff, it should be displayed flat, whether indoors or out. If displayed either horizontally or vertically against a wall, the union should be uppermost and to the flag’s own right; that is to the observer’s left. When displayed in a window it should be suspended in the same way-that is, with the union to the left of the observer in the street.

When displayed over the middle of the street, the Stars and Stripes should be suspended vertical with the union to the north on an east-west street and to the east on a north-south street.

When the flag is suspended over a sidewalk from a rope extending from house to pole at the edge of the sidewalk, the flag should be hoisted out from the building toward the pole union first.

However, when the flag is displayed on the floor of a church or auditorium, on a level with the audience, it is placed to the right of the audience.

When flags of states or cities, or pennants of societies, are flown on the same halyard with the flag of the United States, the latter should always be at the peak. When flown from adjacent staffs, the Stars and Stripes should be raised first and lowered last.

When used to cover a casket, the flag should be placed so that the union is at the head and over the left shoulder. The flag should not be lowered into the grave or allowed to touch the ground. The casket should be carried foot-first from the hearse to the grave. 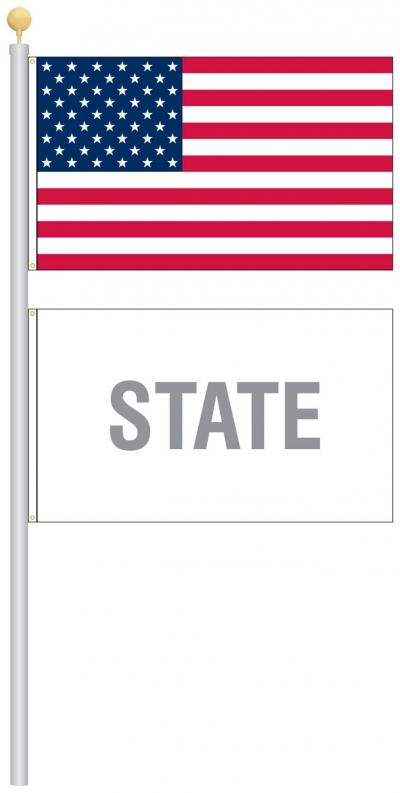 When flags of states or cities, or pennants of societies, are flown on the same halyard with the flag of the United States, the latter should always be at the peak. When flown from adjacent staffs, the Stars and Stripes should be raised first and lowered last. 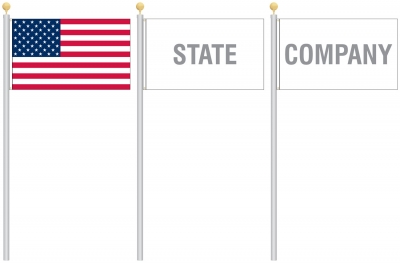 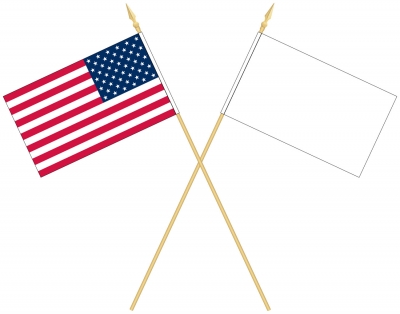 When displayed with another flag from crossed staffs, the flag of the United States should be on the right (the flag’s own right), and its staff should be in front of the staff of the other flag. 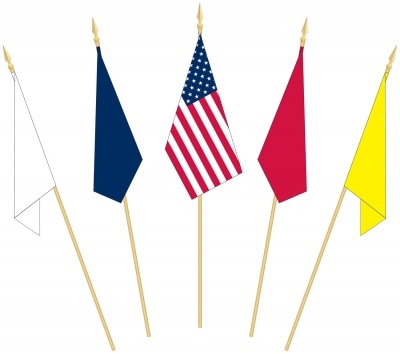 When a number of flags are grouped and displayed from staffs, the flag of the United States should be in the center or at the highest point of the group.

Displaying U.S. Flag in a Church 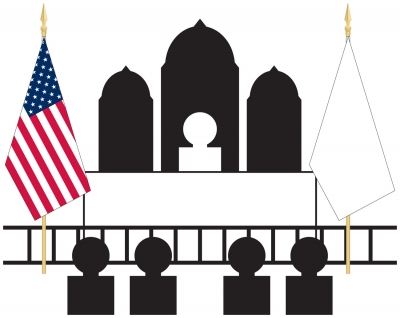 Proudly Made in the USA, Northern Lights Display can provide you with all your flag display needs including US flags, State and International flags as well as custom design flags.

Our US flags are available in Poly-Max material for superior strength, light and color fastness in sizes from 3 – 50 feet! Contact us for size and pricing charts